Hotel Domenichino in Milan is a short distance from the District Citylife shopping area and Corso Vercelli, on a tree-lined avenue, next to a park. It is the ideal place for business and tourism and the MICO (Congress Center of Milan), FIERAMILANOCITY (Portello) and San Siro Stadium are just a few steps away.
From the Amendola-Fiera underground station, a short distance from the hotel, you can easily reach the Milan Rho-Pero Exhibition Center, the Cathedral, Leonardo da Vinci's Last Supper, the Castello Sforzesco and the Milan high-fashion shops.
The hotel is also well connected to the main railway stations (Cadorna, Centrale and Garibaldi) by public transport. Hotel near the San Siro Stadium.

There is the possibility to move on the whole territory of Milan with public transport places nearby:

HOW TO REACH US:

By plane
From Milan Malpensa airport you can reach us:
- by taxi or by car on the A8 motorway;
- Take one of the shuttle buses and get off at the intermediate station of Fieramilanocity, then walk to the MM1 stop Lotto and stop at the Amendola MM1 stop
- with the Malpensa Express train to Cadorna station; from here take the red subway line to Amendola Fiera. From here you get to Via Domenichino.

From Milan Linate airport you can reach us:
- by taxi.
- by bus n. 73, get off at Piazza San Babile, then take the red subway line and get off at Amendola Fiera. From here exit towards via Domenichino.

On the train
From the central station you can reach us:
- by taxi.
- with the green line M2 subway to Cadorna, then the red line M1 to Amendola Fiera. From here you get to Via Domenichino. 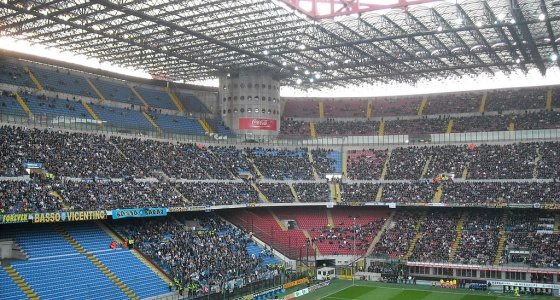